Mazarin began as the brainchild of Azusa Plain drummer Quentin Stoltzfus, who, when not beating the skins, was composing ambitious pop songs on his home recorder. Now with an actual group to collaborate with, the dexterous singer/songwriter has realized his intents splendidly. The opening eight-minute monster "Go Home" is a bit of a change-up, mixing an atonal drone loop with a simple acoustic guitar strum and winsome vocals. It's merely the appetizer for a much more melodic richness that follows, whereby the drone disappears but the hypnotic quality thankfully remains.

It's a small but singular niche that finds them directly between Apples in Stereo, Lilys, and other perfect-pop-oriented rockers on the one side, and the catchy harmonies and repetitive mesmerization of Dandy Warhols on the other hand. Meanwhile, the vocals are lighter-tinged, like a less-fey, bolder Stuart Murdoch (of Belle & Sebastian) double tracked into thickness on several performances. It often feels like four or five guitars and four of five singing Stoltzfuses are coming at you at once, as you fall for the up-front hooks and the wall-of-sound narcotics.

Best of all, unlike the thousands of talented one-trick-ponies we seem to be stuck with in '00s indie America, Mazarin and mates plumb a compound of different styles, including two acoustic folk instrumentals ("2.22.1" and "RJF Variation 1"), another with vocals ("Flying Arms For Driving"), two acoustic-pop waltzes (the title track and "Bend") and, finally, an alt-country ditty, "Limits of Language," that feels comfortable closing the LP's long and involved framework. In between, though, are the real gems, hard hitting yet involving, pulsing electric-pop beauties that are hard to get out of your head, like the should-be-singles "To Keep Things Moving" and "My Favorite Green Hill."

Mishima - Red Is the New Black and Blue

The Will McBride Group - 3Play 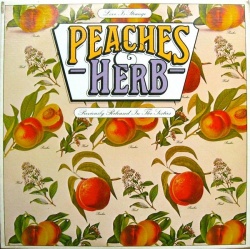