The first volume of Live at the Future Primitive Soundsession helped popularize turntabalism (instrumental hip-hop composed exclusively on turntables) with the inspired pairing of Cut Chemist on beats and Shortkut on "lead" scratching. The second volume, while failing to achieve the notoriety of its predecessor, is in the end the more engaging and accessible record.

Phoenix DJs Radar and Z-Trip worked together regularly as part of the Bombshelter DJs crew, so their live collaboration was seamless and carefully planned. The foundation of the record is superbly mixed hip-hop classics like LL Cool J's "Rock the Bells," Eric B. & Rakim's "I Know You Got Soul" (in a cappella version mixed with the instrumental from Whodini's "Friends"), and Doug E. Fresh & the Get Fresh Crew's "The Show," but these ingredients are tweaked, chopped, and blended with all manner of sound effects, brief vocal snippets, and breaks from classic rock staples like Pink Floyd's "Is There Anybody out There?" and Aerosmith's "Sweet Emotion." To their credit, Radar and Z-Trip never sound like they are showing off or performing for other DJs. The focus from the first needle drop is rocking the appreciative crowd, and the record is closer to a killer mix tape than the abstract needle-thrashing of the Invisibl Skratch Piklz. Without question one of the best records of its kind.

Shy Rose - You Are My Desire 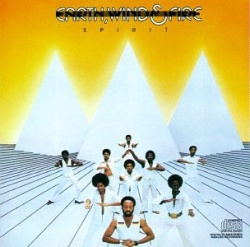