Compiling 17 Harriott productions from 1968-1971, as the rocksteady era shifted into the reggae age, Riding the Musical Chariot features a glorious melange of DJs, singers, duos, trios, and instrumentals, and includes hits and rarities alike. Particular attention is given to the superb vocal duo Keith & Tex, who are represented by four tracks here, including a previously unreleased medley and the tough to find "Lonely Man." Of equal interest is the pair's original version of "Don't Look Back," later a hit, of course, for Peter Tosh and Mick Jagger. Finally, there's their fabulous cover of "Stop That Train," whose rhythm was immortalized by DJ Scotty on The Harder They Come soundtrack. Scotty's version is not here, but a rousing one comes courtesy of Big Youth, while the Crystalites also contribute a charming instrumental take on the song. Two more equally entertaining instrumentals by the band are also featured. Scotty does however make an appearance, toasting over Harriott's own classic "Do I Worry." The original is one of two of the producer's own songs included (the other's an excellent cover of "Solomon").

Of equal note are two cuts by the always fabulous the Ethiopians, and a pair by the equally sublime Kingstonians. The sadly neglected Rudy Mills is also showcased, and finally there's Lloyd (Robinson) and Glen (Brown)'s superb hit "That Girl." From rarities to well-loved classics, Musical Chariot boasts an unforgettable group of songs, and is a powerful reminder that as a producer, Harriott was the equal of his more illustrious colleagues. 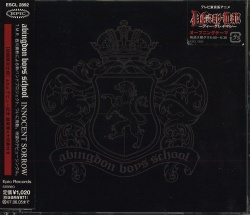 The Magnificent - The New Print