Viennese piano virtuoso Stefan Vladar first made his mark in 1988 with a fiery set of Beethoven's piano concertos for Naxos. Shortly after that, Vladar signed with Sony, then at the peak of its power as a classical label, and released blazing recordings of Beethoven Diabelli Variations and Brahms' ballades and First Sonata. After that, except for a single, unexceptional disc of Richard Strauss' piano music, Vladar made no more recordings for nearly a decade until he signed with Harmonia Mundi and released scorching recordings of Chopin's preludes in 2002 and Brahms' late Klavierstücke in 2003. Since then, Vladar's been on a roll and this blistering 2006 disc of three works by Schumann is only going to add heat to his resurgence.

As he did with Beethoven, Brahms, and Chopin, Vladar goes for the jugular with Schumann, ripping into Carnaval, tearing into Faschingsschwank aus Wien, and slashing even Papillions with breathtaking ferocity.

It's not that Vladar can't play poetically when the music calls for it -- there are movements in his Carnaval of tenderest intimacy and moments in his Papillions of evanescent beauty. It's that Vladar is too much of a virtuoso not to take advantage of every opportunity to flash his prowess. So while those who look for more lyricism and less grandstanding in their Schumann may be disappointed, those who love to gasp at prodigious displays of reckless bravado need look no further. Harmonia Mundi's sound is big, close, loud, and very immediate. 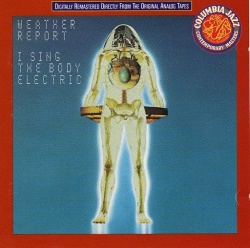