For a rock & roll band from the decidedly non-show biz area of New Mexico, the Fireballs had several careers. First in the late 50s/early 60s with such south of the border-flavored hit instrumentals as "Bulldog" and "Torquay," featuring the twangeriffic lead guitar work of George Tomsco. Then in the '60s with vocalist Jimmy Gilmer aboard with hits like the title track and the ultimate broken-down bum drinking anthem, "Bottle Of Wine." Then again in the late 60s overdubbing backing tracks onto posthumous Buddy Holly albums for producer Norman Petty, keeping Holly's name alive and bringing his remaining demos to an audience that would never had heard them otherwise. Sugar Shack devotes itself to the mid-period vocal sides with Gilmer fronting the band, including several Buddy Holly tunes that were album fodder and some interesting singles like the original "What I Am (Say I Am)," which would soon get its title switched around by Tommy James and turned into a monster hit followup to James' "Hanky Panky." Lots of crackling snare drum, twangy guitars and six string bass thumps galore on this collection, with a decidedly Tex-Mex atmosphere throughout and some great singin' and playin' every note of the way. In these icon infested times, one could do a whole lot worse. Hooray for the Fireballs!! 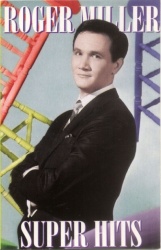