It's no stupefaction that Steve Gardner's collaboration with like-minded Vanilla Chainsaws frontman Simon Drew from down under would blast right off the CD player, even bettering Gardner's Gamma Men. Anyone who admires the Detroit/Stooges/MC5 seed as honed by the early Saints, Radio Birdman, Celibate Rifles, Jam, Chords, Clash, and Sex Pistols (plus at least 500 fine Aussie bands those titans inspired) the way these two do is bound to let 'er rip -- thick, quick, harsh, powerful, and thrilling. This is what punk was so naturally: heavy, wild, and big-riffed, with strong vocals, nonstop energy, edgy-hot production, Thunders/Kramer guitar leads that stab (kudos, Richard Livoni), and plain old non-stop, burning rock & roll attitude. Again, most punk outfits now are worthless throwbacks, but that doesn't mean the genre has expired. It's up to the people making it to put their own stamp on it, to make it relevant, rather than mimic a staple. And songs such as the well-titled "Meltdown," "Took My Love," and the devilishly catchy "Start of the End" here are all over it. Electric Juju will have you reaching for the Saints' (I'm) Stranded to hear "The Story of Love" and "Demolition Girl," and that's no idle recommendation. (P.O. Box 60369, San Diego, CA 92166; [email protected]; www.nkvdrecords.com)

Jonathan Slocumb - Laugh Yo' Self 2 Life

The Saturdays - On Your Radar 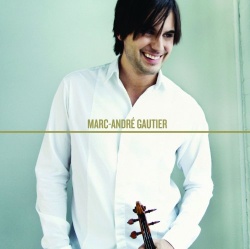